January is National Human Trafficking Awareness Month, but at Center for Girls (CFG), awareness is a year-round mission as the battle is too large to be contained in one month. In Thailand alone, it is estimated that in 2018 610,000 people were victims of modern-day slavery. In 2004, it was reported by the World Vision Foundation of Thailand that up to 12% of migrants in major border areas of Thailand, such as Center for Girls’ home of Chiang Klong, were considered to be “probable victims of human trafficking.” As this month’s holiday displays, at CFG, we believe that awareness is the first step to ending these crimes.

Hearing that the “first step to create change is awareness” is not news to any of us – but why does it matter? Here are 10 ways awareness can make a difference towards ending human trafficking.

1. You cannot act on something if you don’t know it’s a problem.

2. Teach ways to spot trafficking and how to take action to report it.

As part of CFG’s project to end Human Trafficking, we have been informing our communities on how to identify possible trafficking cases and how to report them to the embassy of Thailand.

[Please contact the Thai Human Trafficking 24hr hotline by calling or sending an SMS alert to +66-99-130-1300. This number can be used free of charge from anywhere in the world]. 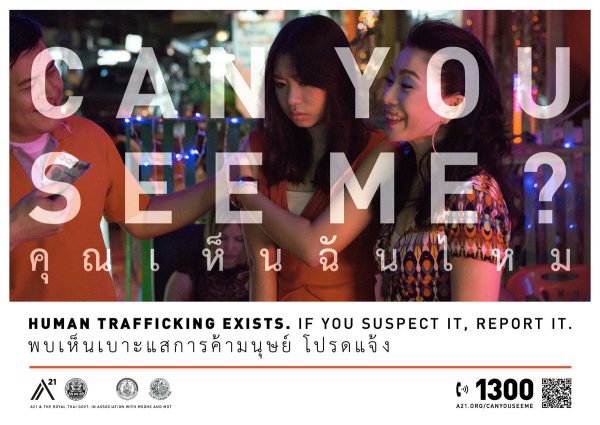 It has been psychologically proven that people are activated by Crowd Psychology; if we see our friends fighting for change, we are scientifically more likely to act the same way. Social media has only strengthened this fact in our world. The action of sharing, liking, and re-posting informs our followers of our belief systems and can cause them to believe similarly. These posts also create a space for conversations to begin about the problem being discussed and what others are doing to help.

Donating is a very tangible byproduct of spending awareness. If you see your friend has donated to a specific cause, it ignites the idea in your mind to donate as well.

[Check out how to donate to Center for Girls here. And then be sure to share about your contribution!]

5. Creates a sense of community to empower victims.

6. Amplifies the voices of the marginalized.

Survivors of any kind of crime, from sex trafficking to domestic violence, have been known to stay hidden and shy away from seeking help because they are too scared to speak up. Being a victim can be viewed as a shameful thing and some may fear they will be blamed. If a person has been in captivity for a long time, they may not believe they are able to survive independently or may not know how to seek help. Creating awareness around human trafficking can help empower survivors to step forward. This in turn gives strength to others to do the same. 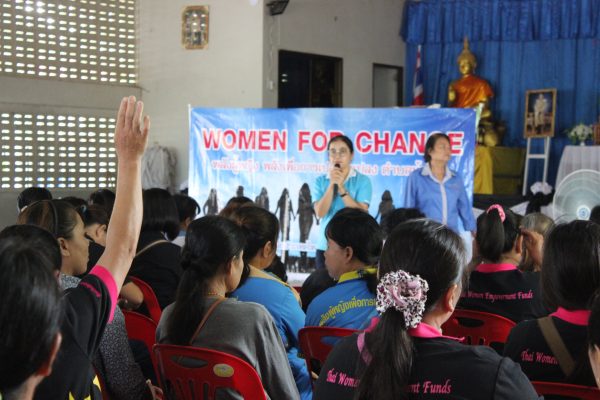 7. Breaks stereotypes of traffickers and their targets.

8. Redefines the public’s perception of what “human trafficking” is.

Along with this, CFG has been working towards educating local businesses, such as community restaurant staff and tuk-tuks, on how to spot possible human trafficking and report it to officials. 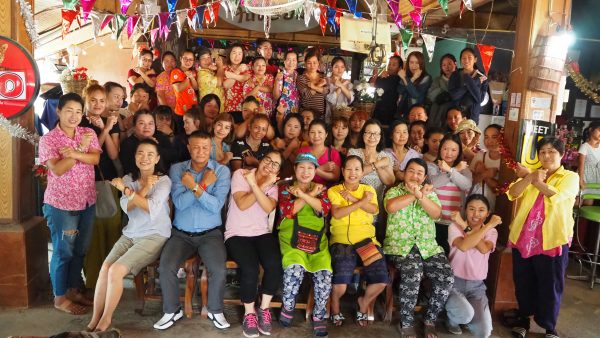 It is no surprise that youth are our future. As changemakers, we need to provide them with the tools to make a difference after we are no longer able to. By creating awareness around human trafficking, we are educating our youth on how to protect themselves, their neighbors, and how they can help in the future.

In our previous program with Kindernothilfe, CFG has hosted many workshops in local schools to inform children of their rights, safeguard themselves from HIV/Aids and teenage pregnancy, and create a space where children feel comfortable to speak up. 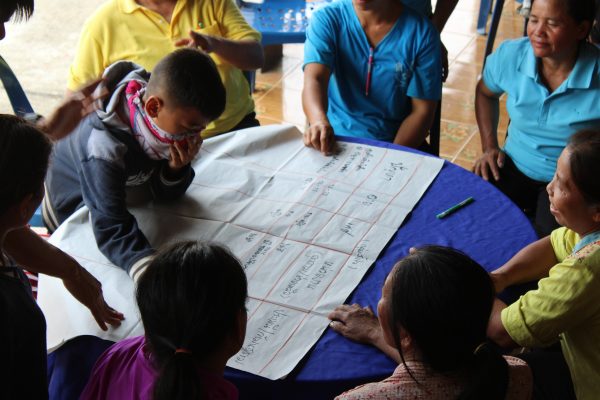 Spreading awareness cannot fully fix the world’s issue of human trafficking, but by educating and empowering the public and giving a voice to the victims, we can take a substantial step forward to create change.