April is Sexual Assault Awareness Month (SAAM). This year is, notably, the 21st anniversary of the event. It began in the 1970s with small grassroots movements, and the opening of the first rape crisis center: the “Bay area women against rape”, 1971. Sexual assault awareness weeks were held in the following April, with the first global SAAM occurring in 2001. But what makes SAAM so important?

Why Have Saam Every Year?

What Are the Impacts of Sexual Assault?

Sexual violence increases the incidence of chronic illness. This not only impacts the survivors but also has a huge economic cost burden. In fact, the highest of all violent crimes. Which diseases does this include?

Some of the most commonly found diseases amongst sexual assault survivors. They showed a much higher prevalence in these victims than their “Not experience(ing) sexual assault” counterparts.

“With a total estimated cost of $127 billion a year…Rape is the most costly of all violent crimes.”– Epidemiology Professor Santaularia, Kansas Department of Health 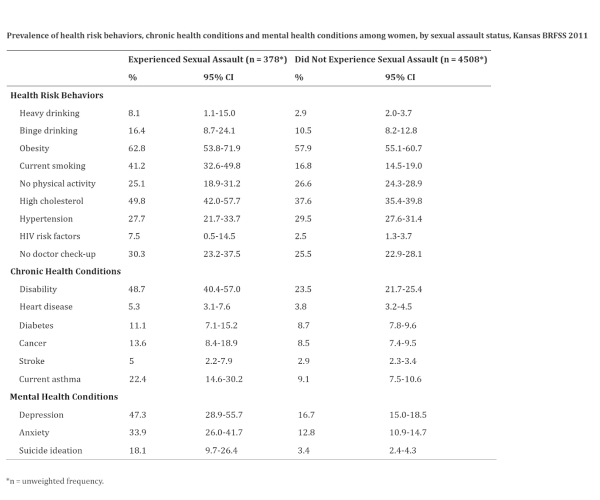 What Are We Doing to Help?

Center for Girls Foundation has a range of local and national campaigns to draw attention to women’s rights and aid victims of sexual violence in Thailand. Women for change educate local Chiang Khong women on gender equality. Its network provides a “resource to seek advice, report cases of Gender-Based Violence, and raise awareness of women’s issues”.

What Can You Do?

Have You or Someone You Know Been Affected by Sexual Assault?

Additionally, there are the following links: