When Every Woman Has A Microphone 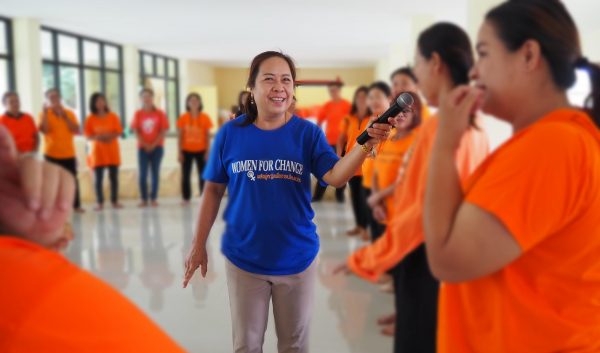 Entering the 4thyear in the Women for Change initiative with Diakonia, Center for Girls gathered together 32 women from the Sri Don Chai subdistrict for a full day workshop of fun, team building, and resource sharing. The CFG team and five women part of the previous Women for Change cohorts led the workshop. On June 18th, 2019, CFG held it’s 3rdworkshop (of 6 total) this year.

Gathered in a large room at Wat Sri Don Chai, the women sat in a circle as facilitators welcomed them to the space. The women greeted each other and began conversing. Each workshop builds on top of the prior and focuses on a skill or theme to equip women with the necessary life skills to become independent leaders in their communities. This workshop’s primary goal was to provide women the opportunity to practice dialogue in small groups about recognizing violence in their communities. 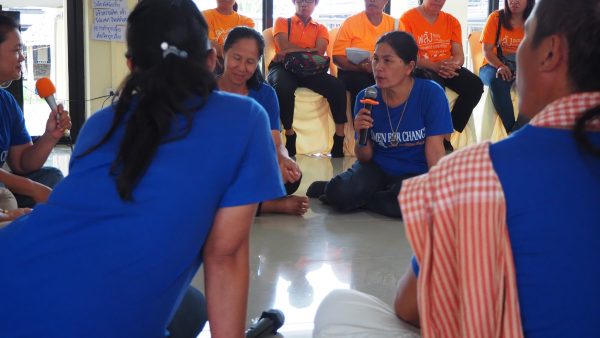 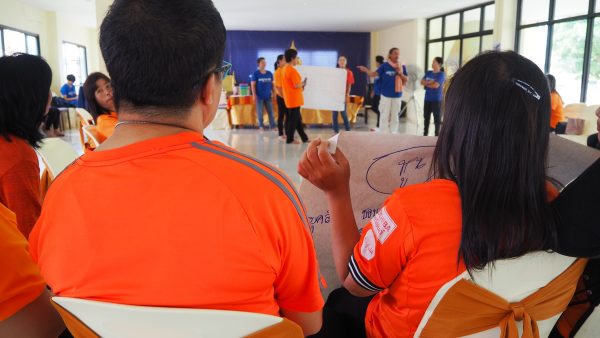 The first activity asked participants to choose an animal that best represented their personality style (see similar activity here). We had a mixture of eagles, bears, bulls, and mice. Each animal group then discussed the strengths and weaknesses of their personality style. The women took turns speaking, listening to each other, and bounced stories off of one another. Groups then worked together to create posters of their conversations and presented it to the larger group. One of the participants shared, “On the first day of this workshop, I was shy, didn’t know anyone, and didn’t want to talk. However, now I see how uplifting these women are and am not afraid to speak up.” She later presented her group’s poster in front of the large group because Women for Change had given her the opportunity to find her voice. 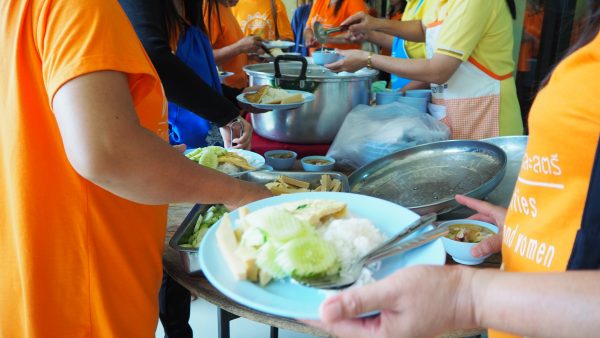 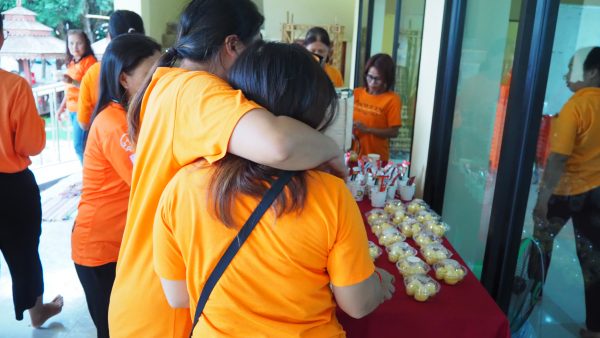 Following that, the women enjoyed a delicious meal of rice, chicken curry, eggs, and fresh vegetables. Here was a group of women who were strangers when they first came together, but now had developed into a network of friends and a resource to each other. They ate together in the gazebos and chattered away before heading back to the meeting space. 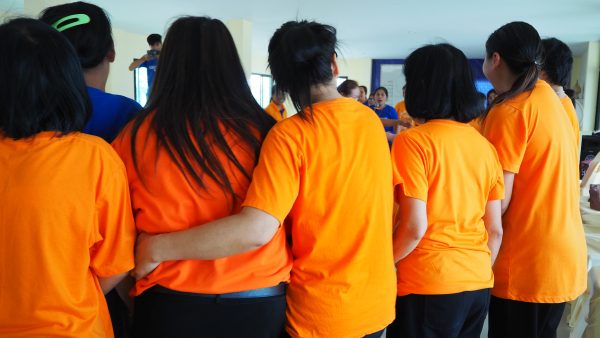 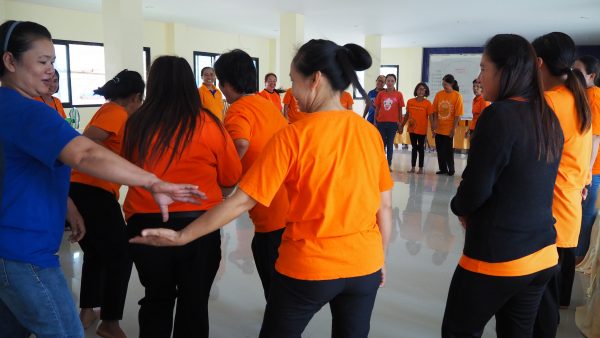 It’s a universal understanding that after a meal, everyone seems to be tired. Our facilitators decided to play a fun game and five minutes into it, the room was full of joy and laughter. Play and fun are such important parts of everyday life but often get neglected. The energy levels of everyone soared tremendously as the final part of the workshop began. 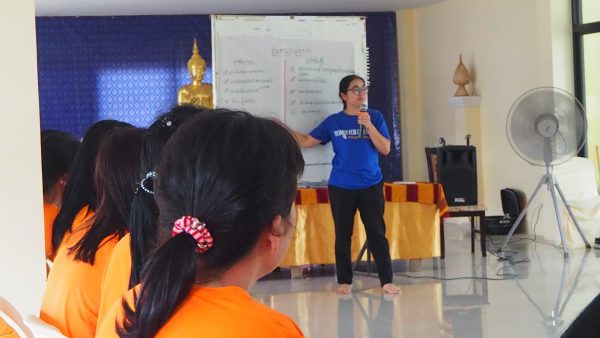 P’Loy presenting to the women about resources 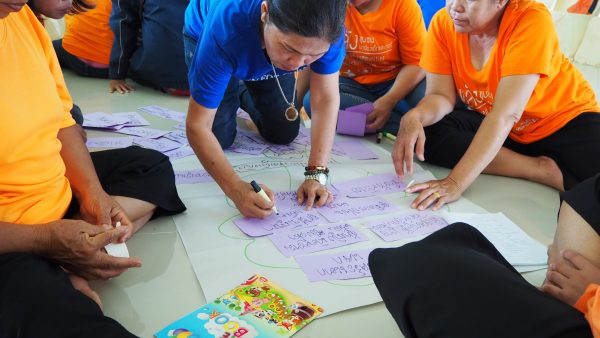 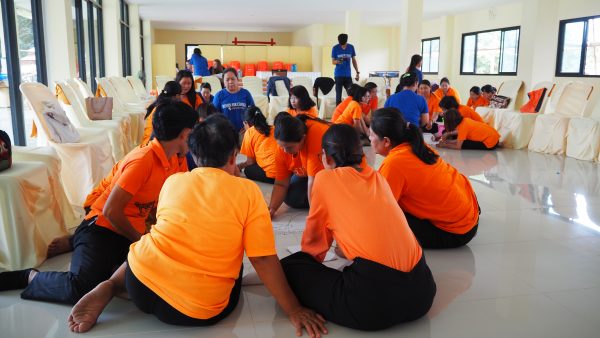 As the concluding activity, the women were divided into equal groups of five people. Each group was tasked with the objective to discuss ways to identify causes and solutions to violence, using the Solution Tree model. For the next hour, individual groups found ways to approach this topic, using examples from their communities. They then came together to share their ideas with other groups. At the end of this workshop, each woman was tasked with the objective to take what they had learned at the workshop and talk with five other women in their community about it.  They were also given pamphlets of resources to bring home to share. As 3:30PM came by, the room grew quieter and quieter as the workshop concluded and the women returned to their communities one by one.