Our Collective and Personal Responsibility to Fight Human Trafficking

Human Trafficking is a global phenomenon affecting millions of individuals. Each one of us can be part of the fight against it. But how? “Nobody made a greater mistake than he who did nothing because he could do only a little”, said Irish Statesman Edmund Burke – and we agree! Resistance to the continuing specter of human trafficking requires collective action but more so a sense of personal responsibility that each one of us has an important role to play in proactively addressing and fighting human trafficking.

Where Do We Begin?

We begin by educating ourselves about the risks, threats, and manifestations of human trafficking. Being a modern form of slavery, human trafficking includes enslaving people, exploiting them through the use of violence, and forcing them to work against their will. It includes but is not limited to forced prostitution, forced labor, forced begging, forced criminality, domestic servitude, and forced marriage.

The Act (What is done)

The Means (How it is done)

The Purpose (Why it is done)

According to The International Criminal Police Organization (more commonly known as Interpol), human trafficking is the second-largest and fastest-growing criminal industry in the world. It is imperative to understand that human trafficking has an explicit gender dimension with women and girls more likely to be victimized for sexual exploitation than men, even though men are equally at risk of being trafficked in other forms. This points out the need to ask why women and girls are at a higher risk of sexual exploitation and what sort of global, national, regional, and gender-specific policies are required to prevent trafficking? It is crucial to understand human trafficking within the context of the particular place where it takes place and how.

In the case of Thailand which is recognized as a key destination of human trafficking in the Mekong region, foreign migrants from neighboring countries namely Lao PDR, Myanmar, and Cambodia, ethnic minorities, and stateless persons are at the greatest risk of being trafficked. Identification of vulnerable populations is important in determining what policies need to be implemented so that these groups of people can be protected from forced labor and sex trafficking. Human trafficking is a complex issue and therefore has to be understood in all its complexities before we can address and intervene.

How Can Every Single Person Contribute?

Center for Girls and Its Role in Combating Human Trafficking

Through small-scale projects and awareness-raising campaigns, Center for Girls has worked tirelessly to challenge the belief that violence is normal and to encourage local people to step up and take action against violence,  human trafficking,  and  CSEC.  Now that the community is equipped with the skills and knowledge to respond to and report such cases,  there is a  new generation growing up who realizes the unacceptability of violence against women and human trafficking. 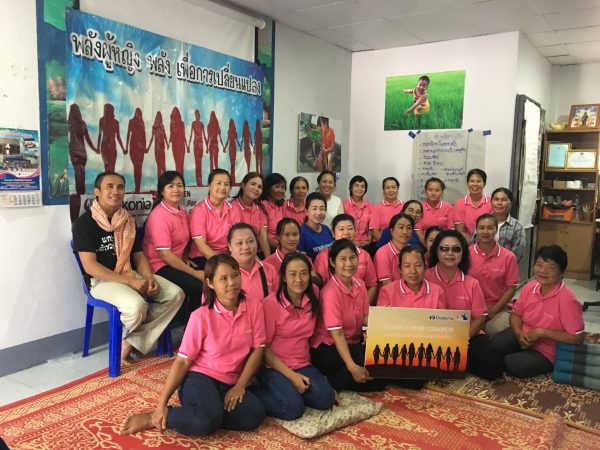